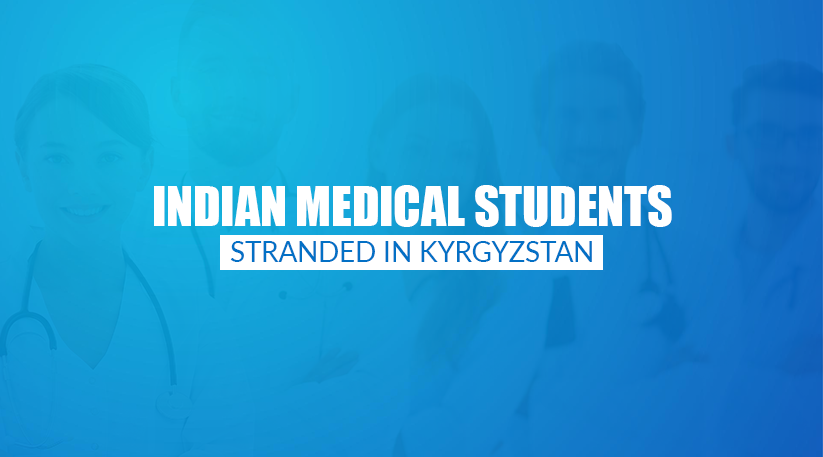 A group of over 650 students has approached the Indian embassy in Kyrgyzstani capital Bishkek, requesting help to get the students back home. All the students, who have been pursuing MBBS at various medical colleges in Kyrgyzstan, said that they have been asked to stay in their respective hostels owing to the raging Covid-19 pandemic, but are facing issues regarding their food and health for the past few months.

A student from the group said that the group has written requests, emails and even tweeted about the situation to the Indian embassy in Kyrgyzstan to get Vande Bharat flights arranged for their homecoming. According to him, after months of struggle, the third phase of the Vande Bharat mission had decided to include two flights to Tamil Nadu.

Between July 2 and July 4, a group of 324 students from Tamil Nadu returned home. But, a large number of students hailing from central and southern Tamil Nadu are still waiting for help to be provided to them to get back home from their medical universities of Kyrgyzstan. The group of students found as many as 641 students who wanted to return home with the help of a crowd-sourced spreadsheet, which they circulated among their contacts.

According to them, while students from other states are being evacuated as a matter of high priority, the Tamil Nadu government is yet to respond to their pleas. Some medical colleges have already initiated online classes, but according to the students, the classes can be taken from home as well. This problem isn’t just a headache for the students and their parents, but for the government as well as these students from medical colleges in Kyrgyzstan wait for a homecoming.